October 22, 2019 (MELVILLE, NY) – EGC Group, a New York-based, full-service digital and marketing agency, happily announces the hiring of three new members to its staff – as well as a returning employee (aka a "boomerang").

Congratulations and welcome to the following members at EGC... 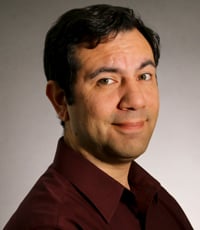 Chris Collora is an award-winning journalist, author, public relations and marketing professional. Chris is a graduate of the New York Institute of Technology with a BA in Broadcast Journalism. He began as an education reporter for his hometown newspaper, the Babylon Beacon, and spent over a decade advancing in broadcast news from a production assistant to LIVE News cameraman and video journalist for News 12 Long Island, LI News Tonight, NY1 News and Patch.com. In 2013 he published his first book Long Island Historic Houses of the South Shore. He relocated to the Southwest and shifted gears into public relations and marketing, first as PR/Marketing Director for Wolfcom Police Body Cameras in Los Angeles and later in Phoenix as a PR account executive and video specialist for two PR firms, before moving back to Long Island in 2019. He briefly worked for Butler Associates in NYC before being offered a position as public relations video manager with the EGC Group. 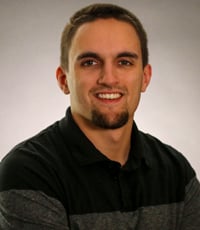 Rob graduated from Dowling College in 2016 with a BS in Computer Science and Mathematics. For the last two years, he had been working at a digital marketing agency, where he developed and maintained websites for a collection of clients across multiple verticals. Rob’s web expertise includes PHP, WordPress, and the major front-end technologies (CSS, HTML, JavaScript, Bootstrap). 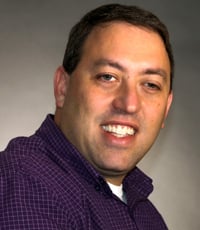 Scott comes to EGC with 18+ years of SEO experience, previously at Prime Visibility and Wpromote.   He has developed strategies across verticals including financial services, consumer products, education, and non-profit.  He is a recognized industry thought leader, referenced in publications such as Search Engine Journal and Website Magazine. Scott has an MA in Mass Communication from the University of Florida, and a BA from SUNY Binghamton.

Caitlin rejoins the EGC Group after a one-year hiatus in which she spent working in two different positions. The first was on the retail display team at Nature’s Bounty under a managed services company called SupplyLogic. She managed the structural and creative development of displays for brands such as Sundown Organics and Sundown Kids. The second was a freelance position at Northwell Health, where she managed campaigns for several service lines and hospitals that included Lenox Health Greenwich Village, Cohen Children’s Medical Center, and the Orthopedic Department at Huntington Hospital. Caitlin is very happy to be back at EGC working with clients and colleagues she knows and loves.