We Grew Mustaches for "Movember"! 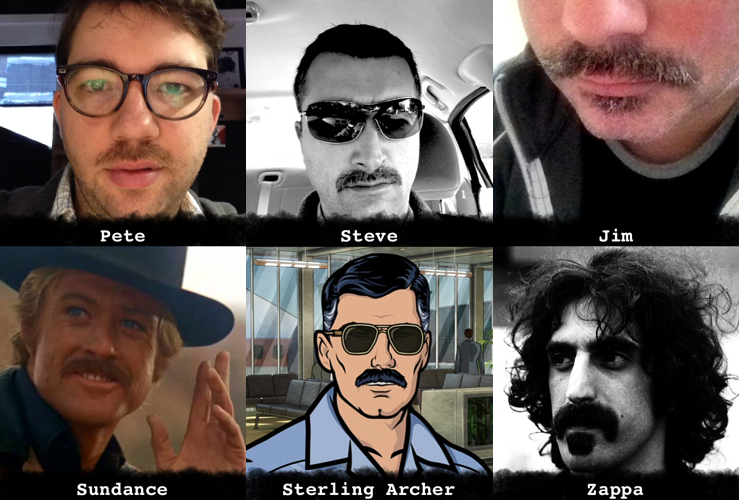 A lot happened this November: Thanksgiving, Black Friday, the mid-term election…We were still recovering from the post-“CreateAthon” lack of sleep when we came up with a great idea: we’d shave our faces and grow mustaches!

Pro: We’d raise some money for men’s health research and have fun doing it.
Con: We’d be growing mustaches and that’d be embarrassing.
Pro: Eventually, our mustaches would look epic!

It took some getting used to: it’d been so long since he had shaved his face clean ¬– that Jim’s kids had never seen his chin! And in the photo from Day One, the light shines off Pete’s babyface like it’s one of those mirrored sun-tan reflectors.

But the mustaches eventually showed up. Jim’s grew in quickly. Steve was basically born to have a mustache. And Pete…well, we can’t fault him for trying, right?

The donations came in, too. By the end of the month, #TeamEGC had brought in nearly $500 to be put toward research for men’s health issues, including prostate cancer.

All in all, November was a pretty busy month (with the holidays and the shopping and the cold weather). It turned out though, that it was not all that difficult to find time to grow a mustache!