Get Your Message Out for Free

As seen in the Long Island Business News E-edition 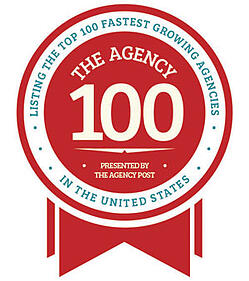 (Melville, NY) August 29, 2013- The EGC Group is pleased to announce that it has been named to “The Agency 100,” The Agency Post’s annual list that ranks the top 100 fastest growing agencies in the United States. The rankings are based on the highest three-year growth rates of applicants. The EGC Group reported 59 percent growth.

The list features the top 100 agencies that not only demonstrate resilience, strong relationships, great work and innovative ideas, but also financial stability.

It’s been a busy summer in EGC’s digital development department, as we’ve launched mobile and desktop websites for several of our clients.

Ralph’s Famous Italian Ices - http://www.ralphsices.com/
This Italian ice company, established in 1928, asked EGC to create a new website to better showcase the brand and create a better user experience. We created a user-friendly dynamic Store Locator, which helps customers easily find a Ralph’s nearest them. Social media was incorporated into the site, and features a live Twitter feed on the homepage. Additionally, EGC established other social media pages, including Instagram and Facebook, as these pages will be a great way to keep an interactive relationship with the customers of Ralph’s Famous Italian Ices.

The past couple of months have been an exciting time at EGC. We have a great group of hardworking individuals at the agency whose teamwork, talent and dedication have not gone unnoticed. We’re proud to announce that five of our employees have been promoted, and we have added three new employees as well.

Stephen Ostendorff has been hired as our Admissions Marketing Manager. Stephen will develop plans to increase enrollment for our higher education clients. His 12 years of admissions experience includes many leading four-year colleges, and most recently as a higher education Account Manager at LF O’Connell Associates.

MELVILLE, NEW YORK — Full-service integrated advertising, marketing and digital agency The EGC Group announced today the launch of its Craft Beverage Division. This newest initiative will address the needs of both alcoholic and non-alcoholic beverage brands – and is designed to help them achieve accelerated growth and exposure through strategic branding and consultation.

On April 9th, 2013, The EGC Group, in association with 1-800-Flowers.com, presented the second annual Long Island Digital Summit at the Crest Hollow Country Club in Woodbury, NY. Watch our exclusive reel of highlights and interviews, hosted by our very own Account Executive, Tori Linscott.

Seven Takeaways from the Digital Summit

Industry leaders from Microsoft, Facebook, Bing, and other major companies convened at last week’s Long Island Digital Summit to give their expert advice about the evolving digital landscape. In the panels, breakout sessions, and roundtable discussions that lasted throughout the day, several topics dominated the discourse, such as how to connect with your audience, how to drive ROI, and how to use data and analytics to your advantage.

In case you did not attend, here were the key takeaways from this year's Digital Summit:

The EGC Group is pleased to announce that we have signed on with two new clients, both of whom are well-known throughout the New York metro area:

she may be a newbie at EGC, Stefanie Greifenstein has been on the digital scene since 2009. She first realized her fascination with digital media and Internet marketing after interning at FOXNews.com and managing the marketing department for Best LED Group, a small e-commerce business in Hauppauge. Stefanie's most recent position was search marketing coordinator for a local ad agency, where she managed and assisted in the implementation of various digital strategies for clients in the health, education, financial, science and technology industries. Along with adhering to SEO, SEM, social media, and web design best practices, Stefanie believes in using a balanced approach to evaluating a marketing strategy by employing creativity, research, and analysis. Stefanie holds a Bachelor of Arts in Journalism, and hails from North Babylon, NY.

Since 1985, our ad agency has undergone steady expansion: both its staff and its office. We are pleased to announce that we are now in the initial phases of adding a whole new wing to our Long Island office, a wing that will be completely devoted to our digital team.

(Melville, NY) March 12th, 2013 – The second annual Long Island Digital Summit, presented by The EGC Group, Long Island’s leading marketing and digital services agency, in association with 1-800-Flowers.com, today announced its speakers and agenda for the event that will be held on April 9th, 2013 at the Crest Hollow Country Club in Woodbury, NY. For 2013, the Digital Summit includes a digital thought leader panel, key breakout sessions, and a CEO Roundtable Luncheon, moderated by Chris McCann, President of 1-800-Flowers.com, who will lead the conversation with CEOs and senior management executives from major corporations. Participating companies include Facebook, Canon, Bing, D’Addario, Audiovox, NBTY, Gilt, 1-800-Flowers.com, and Brother International, among others.

“We are gearing up for another incredible event,” said Nicole Larrauri, EGC’s Managing Partner. “We are so excited to bring together amazing leaders and innovators on Long Island. Last year, the Digital Summit attracted over 400 attendees. This year, with the addition of several new features and agenda items, promises to be even bigger. Everyone will leave with new ideas for their organization or career.

The Cancer Center at Good Samaritan Hospital is the winner of a prestigious advertising competition, following the launch of its new ad campaign, which was created by The EGC Group.

North American Partners in Anesthesia Gets a New Site

In January, North American Partners in Anesthesia (NAPA) kicked off the new year with a new website – built and designed by Long Island advertising agency EGC – that showcases their breadth of experience, clinical expertise, and thought leadership.

“EGC really knows what it means to bring a corporate brand to the next level,” says Jill Aaronson, Marketing Coordinator for NAPA. “With their team’s hard work and creativity, they have visually brought NAPA to the forefront of the anesthesia market with our new and improved website.”

The EGC Group is proud to announce four new hires, as well as an exciting promotion. EGC is a full-service, Long Island, New York-based advertising agency with creative expertise in brand development, digital and traditional media.

The EGC Group has announced that the second annual Long Island Digital Summit will be held on April 9, 2013 at Crest Hollow Country Club in Woodbury, New York.