A Toast to Crushies’ Success at Craft Brewers Conference

The Craft Beverage Marketing Awards (CBMAS), founded by the EGC Group, proved to be a big hit at the recent Craft Brewers Conference (CBC), held last week in Minneapolis, MN. 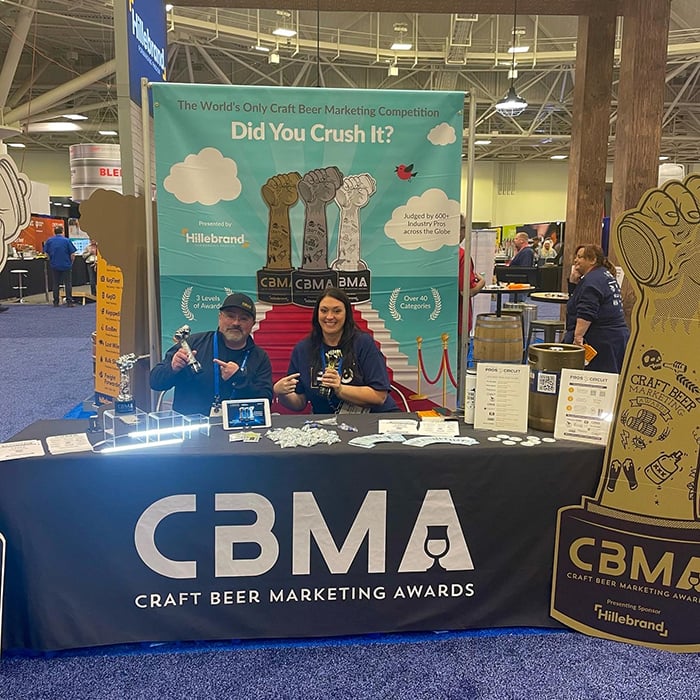 Having gained worldwide renown and popularity over the last several years, the CBMAS continues to make its mark and attract attention. Jackie DiBella-Curry and Jim McCune, co-founders of the awards, shared a booth with Hillebrand Gori, an EGC Craft Beverage client and presenting sponsor of the CBMAS. Both Jackie and Jim were greeted by many craft beverage professionals, past winners, and current entrants for this year’s presentation.

In addition to attending the CBC to promote the CBMAS, Jackie and Jim also sponsored a seminar titled: Beer Marketing 3.0: Newest Trends and Tactics. Professionals from the EGC Group, Hillebrand Gori and Yakima Chief Hops were among the panelists who provided insight on a variety of topics that included storytelling, rebranding, podcasting, video, social media—and even the metaverse. The number of attendees at this seminar filled the room to maximum capacity, and many stated that had been the most informative seminar at the entire CBC. 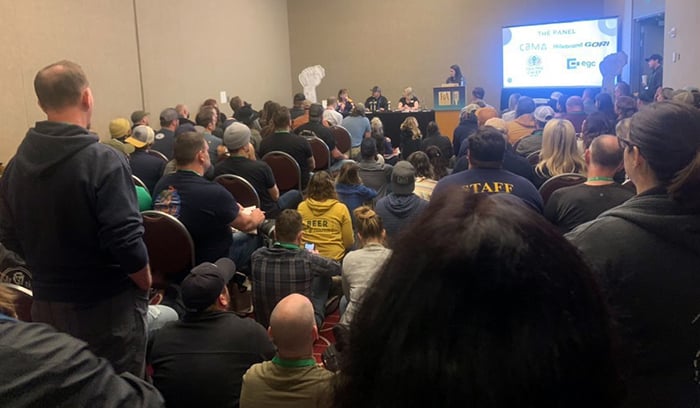 A final note of triumph was the fact that several awards were presented in person instead of through livestreaming. At an inside event sponsored by Hillebrand Gori (fittingly named “May the Fourth Be With You Beer Community Appreciation Party”), Jackie and Jim personally presented “Crushie Awards” to winners for “Best Can Design (16-20 oz.)” and “Coolest Taproom or Beer Garden,” which were the most popular categories of the year. 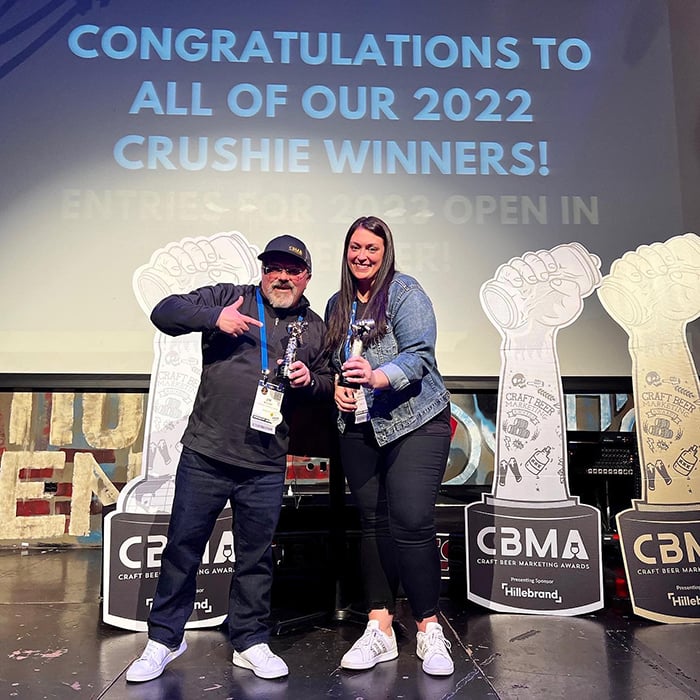 With such an overwhelmingly positive reaction from all who attended the CBC, it can be said that the reputation of the CBMAS truly precedes itself!

Learn more about the CBMAS.