Everything to Know About Instagram’s New Feature: “IGTV”

If you’ve updated your Instagram app recently, you probably noticed a new TV icon at the top of your homepage. This new icon represents a recently released feature called “IGTV”: A place for content creators to share vertical videos of up to one hour in length. From beauty tutorials to cooking shows, this video platform may have a number of ripple effects on Instagram and other social platforms alike.

A New Place to Engage With Influencers

With the capability to share longer, vertical videos via Instagram, influencers now have a new space to share content with their followers. For businesses that leverage influencers, this is a gamechanger because they can now pay those with large Instagram followings to share videos which include more information about a product or service.

Since the IGTV section of Instagram also includes a “Popular” tab, this content can go beyond just the following of the influencer, which in the past, was not a possibility for Instagram stories alone. So why should businesses care? This update increases the value of influencers, giving them the potential to become more like the stars seen on the small screen. This point is especially relevant to younger audiences who tend to watch video on mobile devices more than they do on television. So, with newly accorded “star power” given to Instagram influencers, it is best to strike while the iron is hot!

Strengthening the Bond Between Businesses and Their Audiences

Influencers aside, IGTV is also a great place for businesses to share their own content, which may very well help strengthen their relationships with target audiences. For example, a restaurant can produce a weekly segment of food being prepared in its kitchen as a way to further entice people to come in and give it a taste. This would position the restaurant as not only somewhere to dine out, but also as a place that gives people an inside look at how its food is prepared (similar to some of the shows on the “Food Network” or the “Cooking Channel”). The impact? The restaurant will likely gain fans and become an influencer in itself – so long as its content is engaging.

If you are considering utilizing this feature, keep in mind that although anyone with an Instagram account can share content on IGTV, it is important to make sure your videos are appealing and of high quality so that they really have an impact. Keep in mind that there are one billion Instagram users around the world, so if you want to get noticed, you need to make your content noticeable!

One way to become noticeable is through taking advantage of social media trends. From cute puppies to must-have fashions, giving your audience a viral-worthy video that they’ll want to like, comment and tag their friends in will likely benefit your business. Another way to ensure quality content is to give your videos a consistent look. Make sure they are crystal clear and will develop a personality that people will respond to. 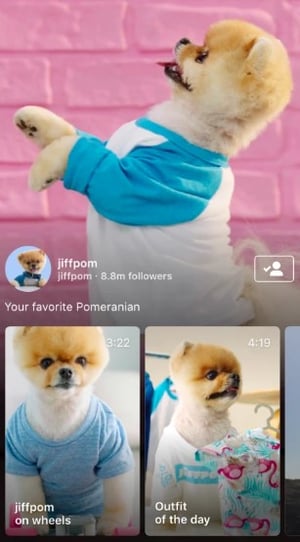 It’s been said that IGTV has the potential to replace Netflix, Hulu and YouTube – all at once – because it is already on a platform that has so many devoted users. The catch? Currently, there isn’t an incentive for people to share their content on IGTV as opposed to other platforms. However, from knowing Instagram and seeing what it’s accomplished in the past, the incentive will likely come sooner rather than later, and IGTV may be the next big thing on social media. Further updates and features are also inevitable, so the earlier that businesses choose to leverage IGTV, the further ahead they will be of the curve and have a one-up on competitors. If they are able to utilize IGTV now, the impact it can have on ROI can be outstanding.

Want to learn more about IGTV and social media can benefit your business? Contact us!