With craft beer’s increasing popularity over the past decade, breweries have a lot more competition. As you walk through a bottle shop or beer distributor today, the sheer volume of craft beer choices are endless. In order to combat this, breweries have to stand out from their competition, and craft beer marketing branding has undergone major changes because of this. In order to grab a consumer’s attention, the craft beer design and branding has evolved to adapt. Below, we showcase some beers that EGC's Craft Beverage Division has created, the first of which served to help a landmark bay on Long Island.

The habitat of Long Island’s Great South Bay – once an estuary of unparalleled beauty and significance – was under grave threat; primarily, the quality of its water. As a way to raise awareness and funds to save the Great South Bay, the Blue Point Brewing Company, a Long Island-based brewery, created a new beer with a name that served as an action statement on the need to restore the Great South Bay to its original sparkling beauty: “Drink The Bay Clean” India Pale Lager.

Indiana is known for “Stranger Things,” but the strangest by far is the Legend of Stiffy Green. J.C. Heinl, a resident of Terre Haute, passed away in 1920 and his beloved bulldog, Stiffy, stayed at his grave until he died as well. Since then, there have been cemetery sightings of a ghostly dog with glowing green eyes. Spooky smooth with a hoppy bite – “Get a Stiffy!”

This luxurious Double IPA is brewed to celebrate the iconic history of Long Island’s, “Gold Coast”. Five varieties of rare hops, harvested from around the world, that give a wide array of complex aromas and flavors for a one of a kind, hop forward experience that you will never forget. This privileged American DIPA is reserved for the most affluent of “Hop Heads”.

This bright, fruity, modern IPA elicits a rich medley of coconut and tropical flavors from the hottest hop varieties available. Our specialty malt adds another layer to the fruit complexity by contributing crisp notes of apricot and a unique fruity tartness. From tropical flavors of mango and guava, to the juicy and refreshing bite of tangerine, setting yourself up for a Strike! will have you thirsting for spring! 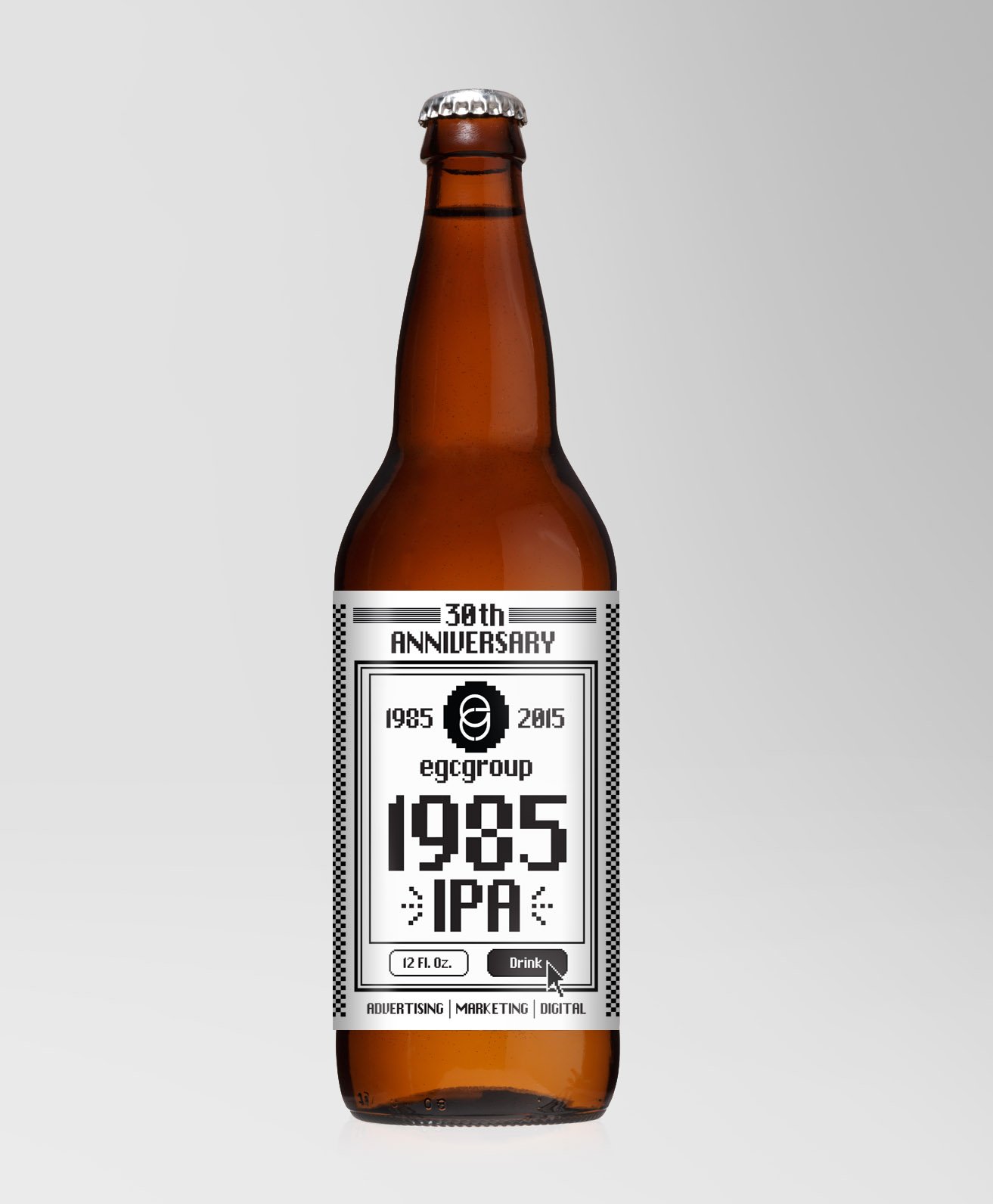 The EGC Group advertising agency was founded in 1985 on Long Island, New York, and 2015 marked our 30th anniversary. Things have certainly changed over the years, but one thing that has stayed consistent is great beer. So raise this bottle of fresh, handcrafted EGC 1985 IPA!

> EGC designed this Macintosh-inspired label as a nod to Apple's innovative 1984 operating system that introduced us to fonts, and Clarus the Dogcow. This brew represents the EGC Group, a young, vibrant ad agency that has their finger on the pulse of what’s trending.